I have long admired Wei Siew’s Sustain the Sea initiative; a collection of patterns from indie designers with a goal to promote awareness and change concerning the harmful practices being employed in the oceans and seas. I’d forgotten about this pattern that I designed last year, but when I found the sample socks in a drawer while preparing my studio, I immediately thought of this initiative. Inspired by waves and ocean currents, these socks seemed perfect for the collection.

You may recognize Wei from the Sustain the Sea initiative or from the wildly popular Geek socks in the Spring + Summer 2015 issue of Knitty. She’s a New Zealand knitting designer, fellow wool lover, and blogger. I had so much fun working with her on this project. 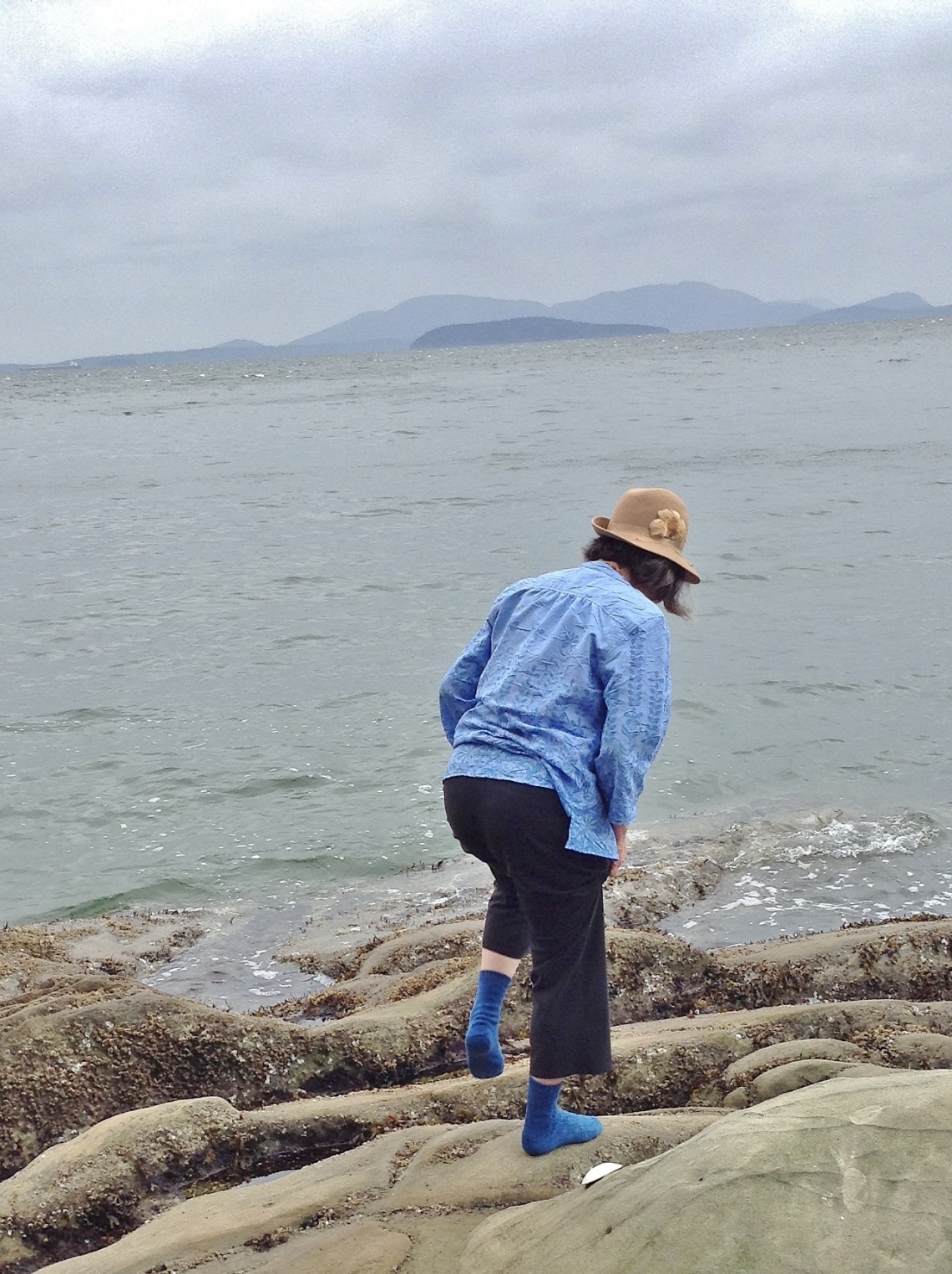 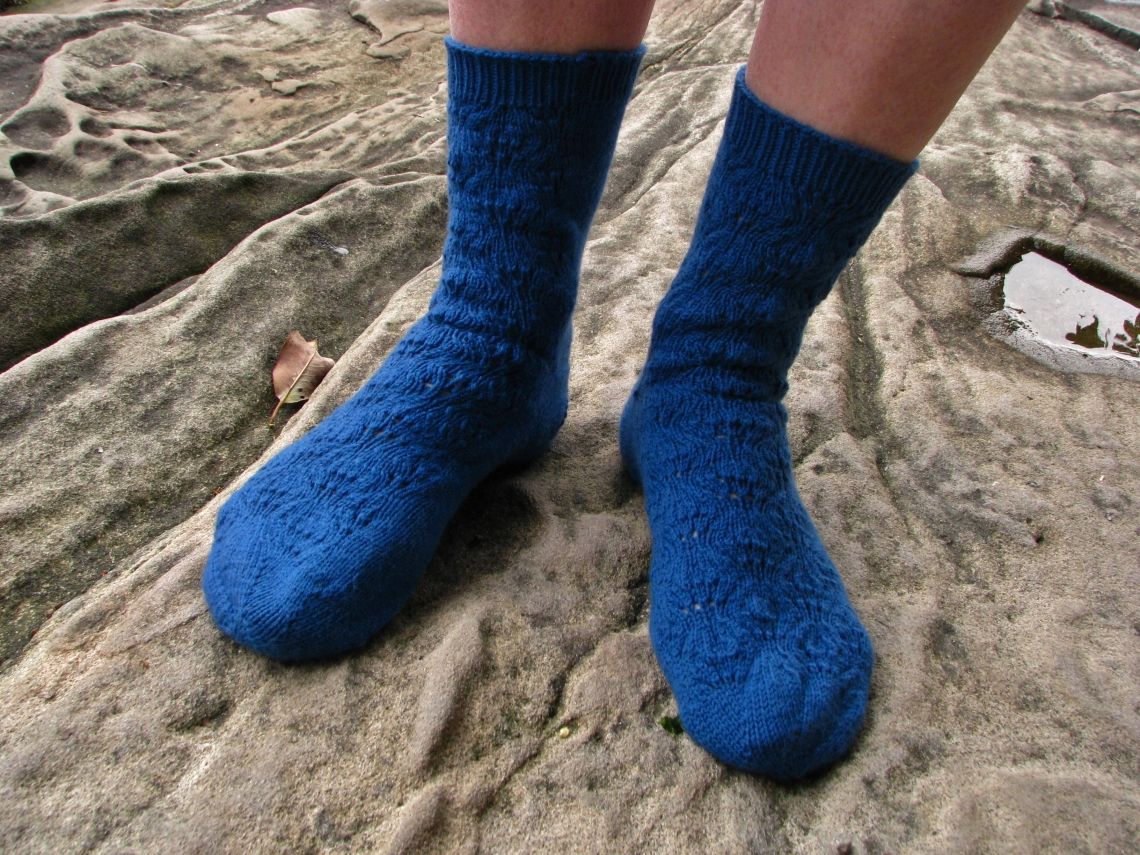 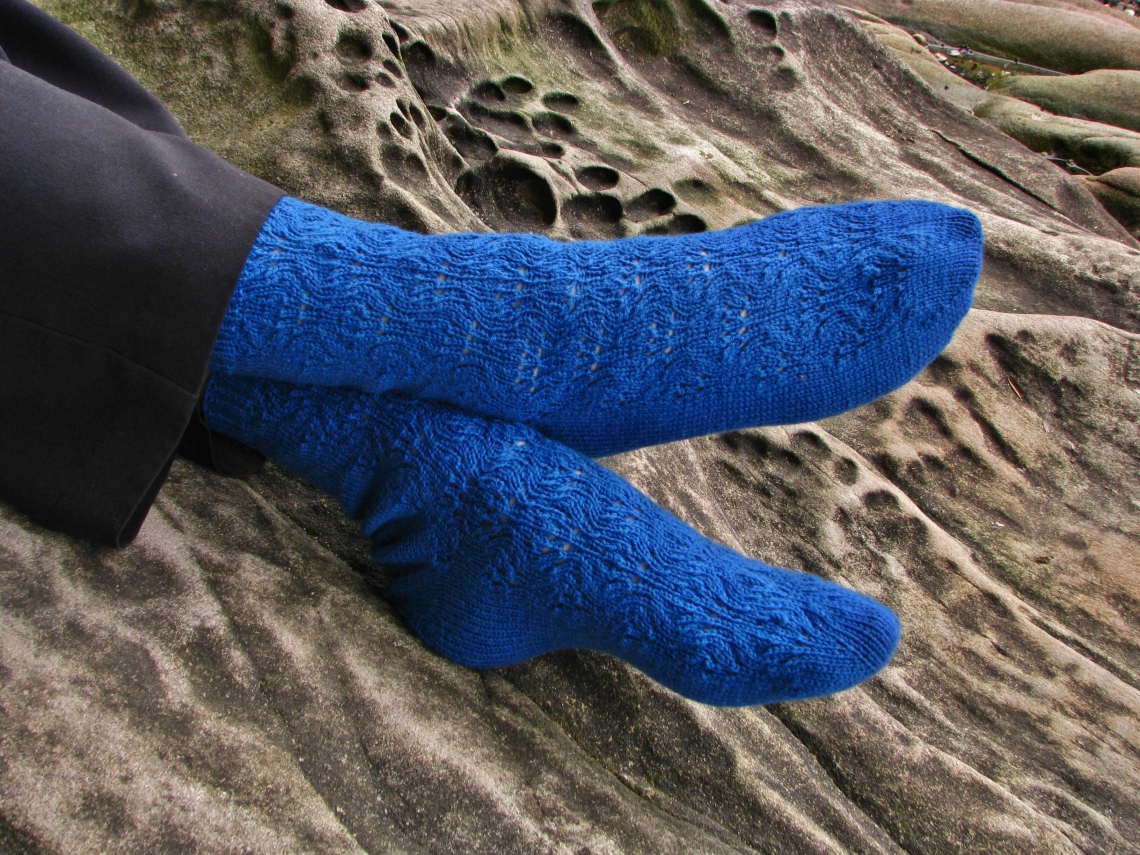 Here’s the pattern blurb and information:

A gyre (pronounced jīr) is a system of currents in the ocean that spirals around a central point.

The gyre that these socks are named after is the North Pacific Gyre, the largest ecosystem on Earth. As well as being home to different marine creatures, the North Pacific Gyre is home to the Great Pacific Garbage Patch. The garbage patch was created by debris and chemicals swept along by the currents of the gyre and accumulating in the center, where the waste is trapped.

Gyre is an almost-purless pattern made using Cat Bordhi’s Afterthought Leg method. A “footprint” is made with no conceivable way in or out, and then steeks are performed and the leg is knit as usual in a toe-up sock. The socks feature a section of ebbing lace over the instep: a tessellating variation of the common feather and fan pattern. The star toe and heel add to the flow, and clean stockinette holds these elements together. The photographs were taken at Larrabee State Park in Bellingham, Washington, amongst the eroded sandstone created by the tides of the Pacific Ocean.

This pattern is part of the Sustain the Sea initiative, in hopes that awareness will be raised about the harmful practices and dreadful littering happening in our naturally splendid oceans. This pattern is free, but I want you to consider raising awareness or doing something as simple as picking up a piece of trash the next time you visit the beach. Even something so simple will make a difference.

There is a story behind the photos as well. They were taken last April in beautiful Bellingham, Washington, with the model being my grandma Rommie. I had a marvelous time on this photoshoot, and I have so many fabulous memories from the couple hours we spent by the Pacific. 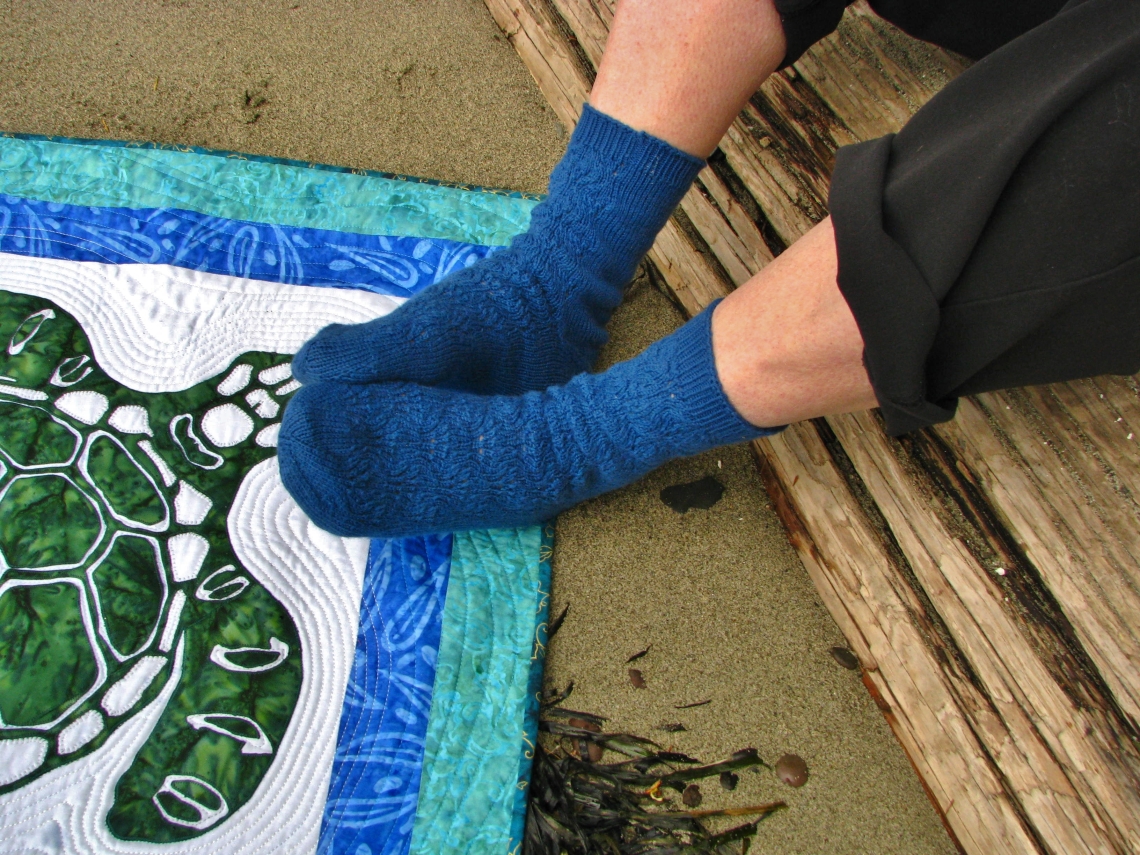 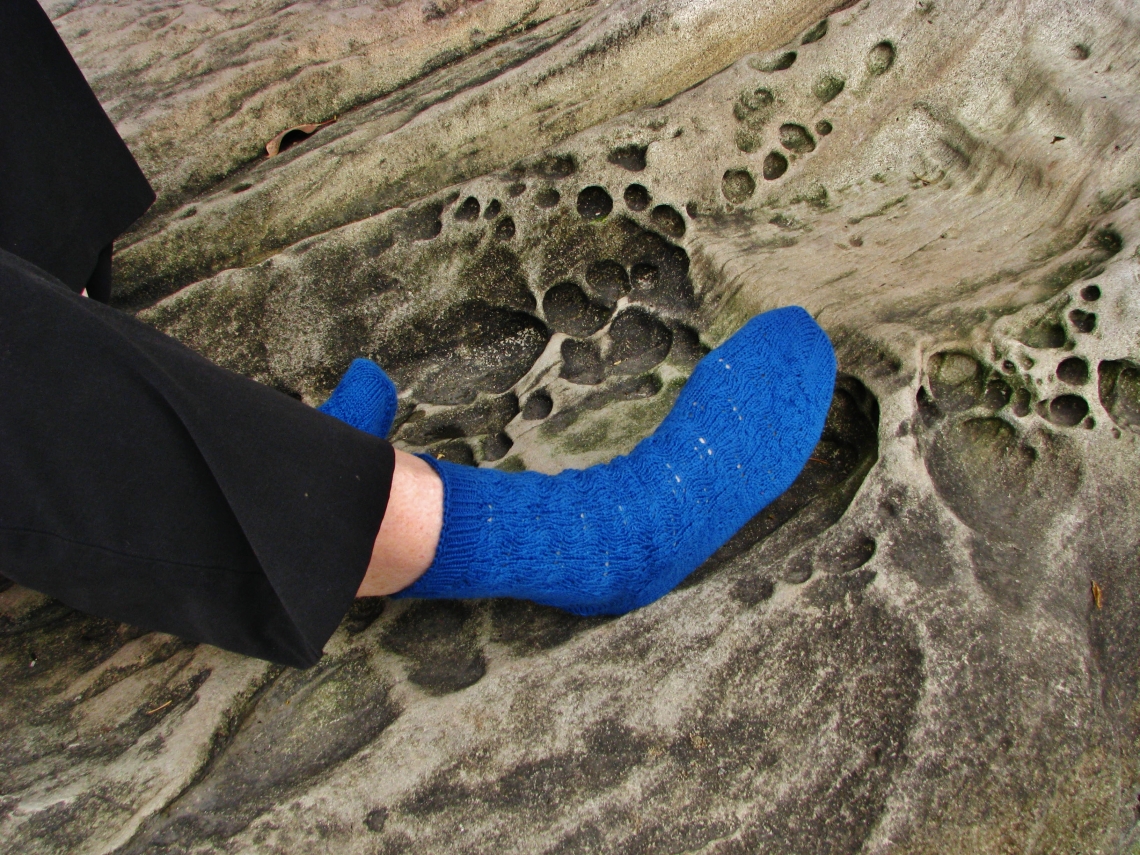 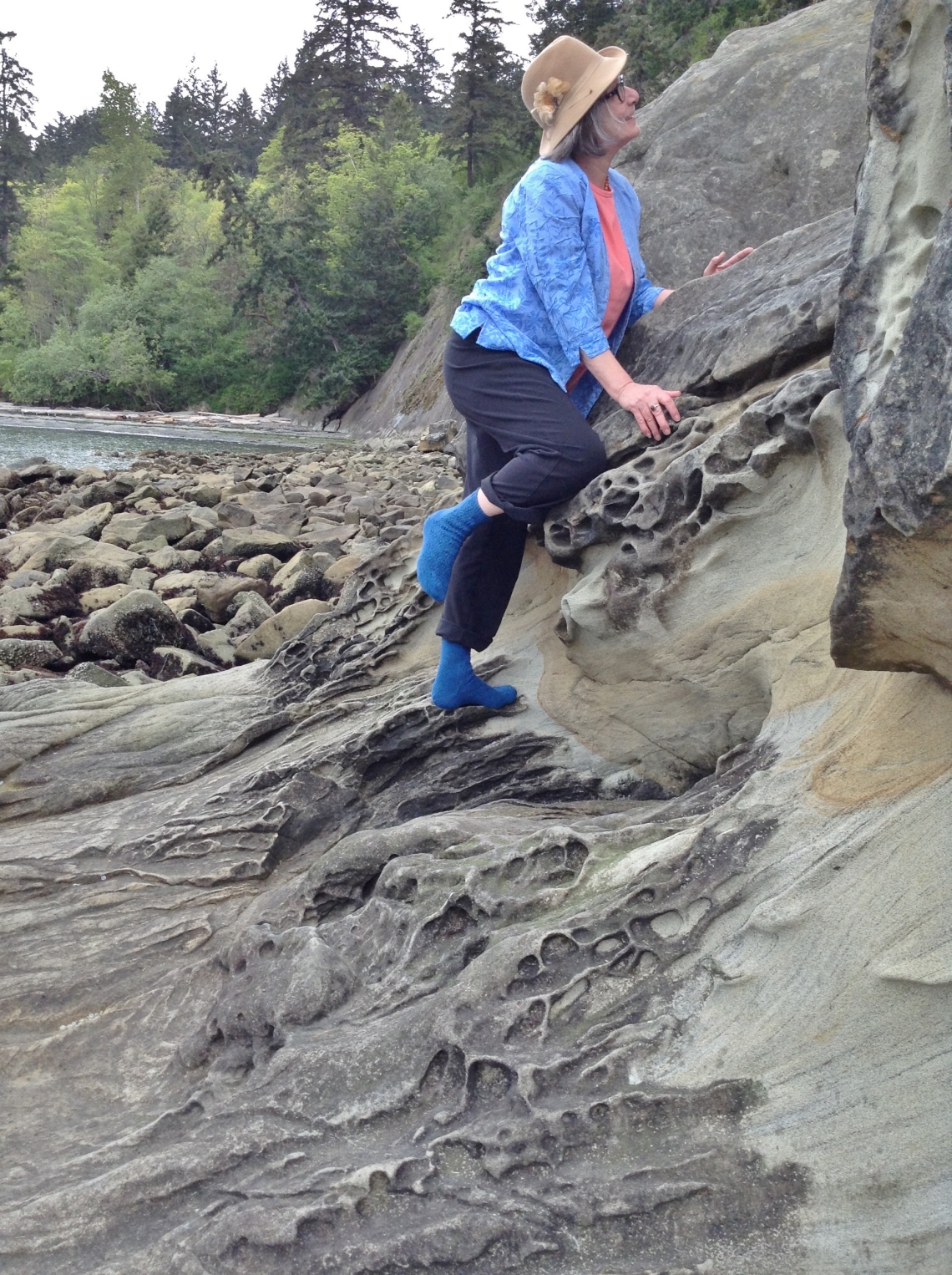 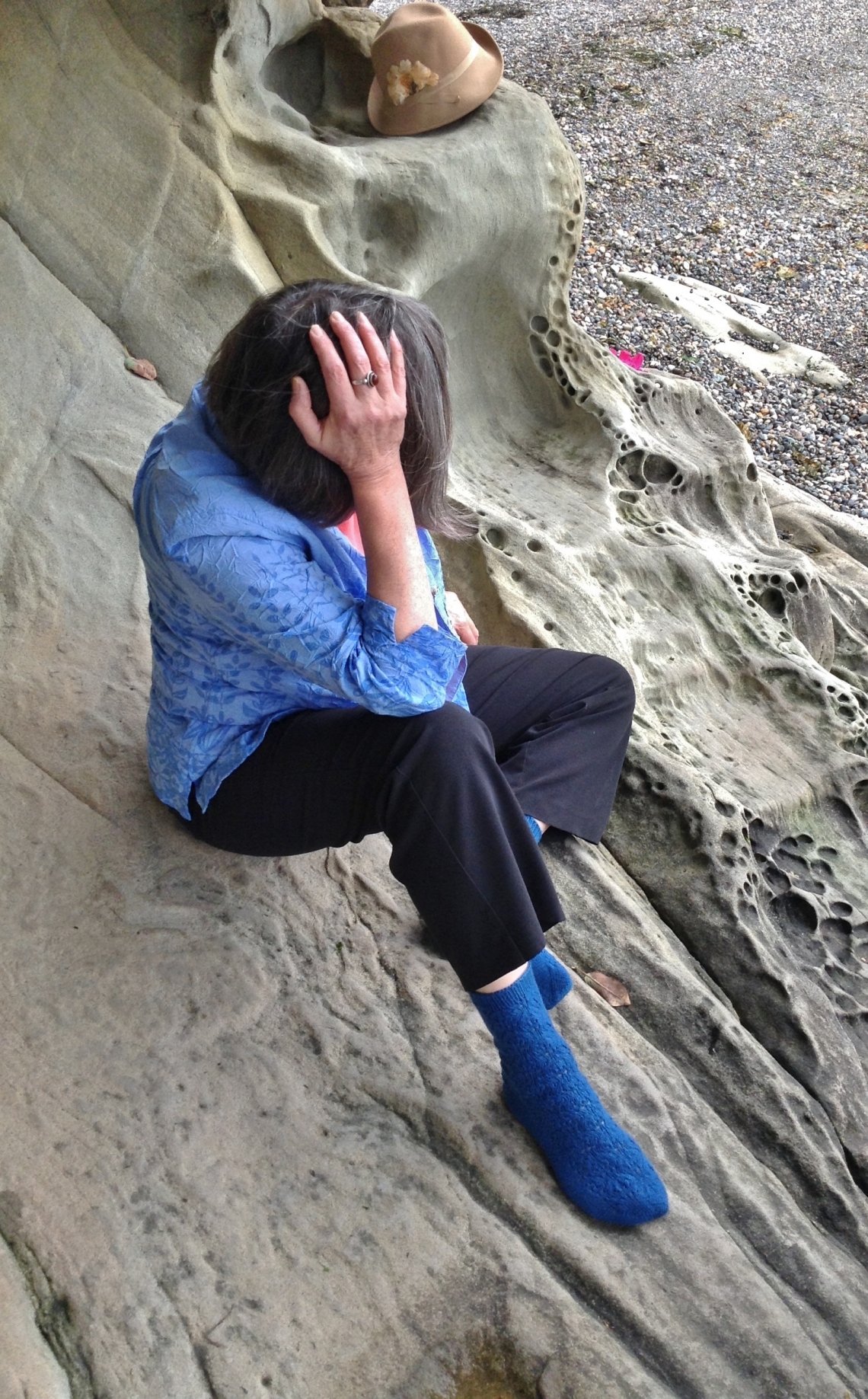 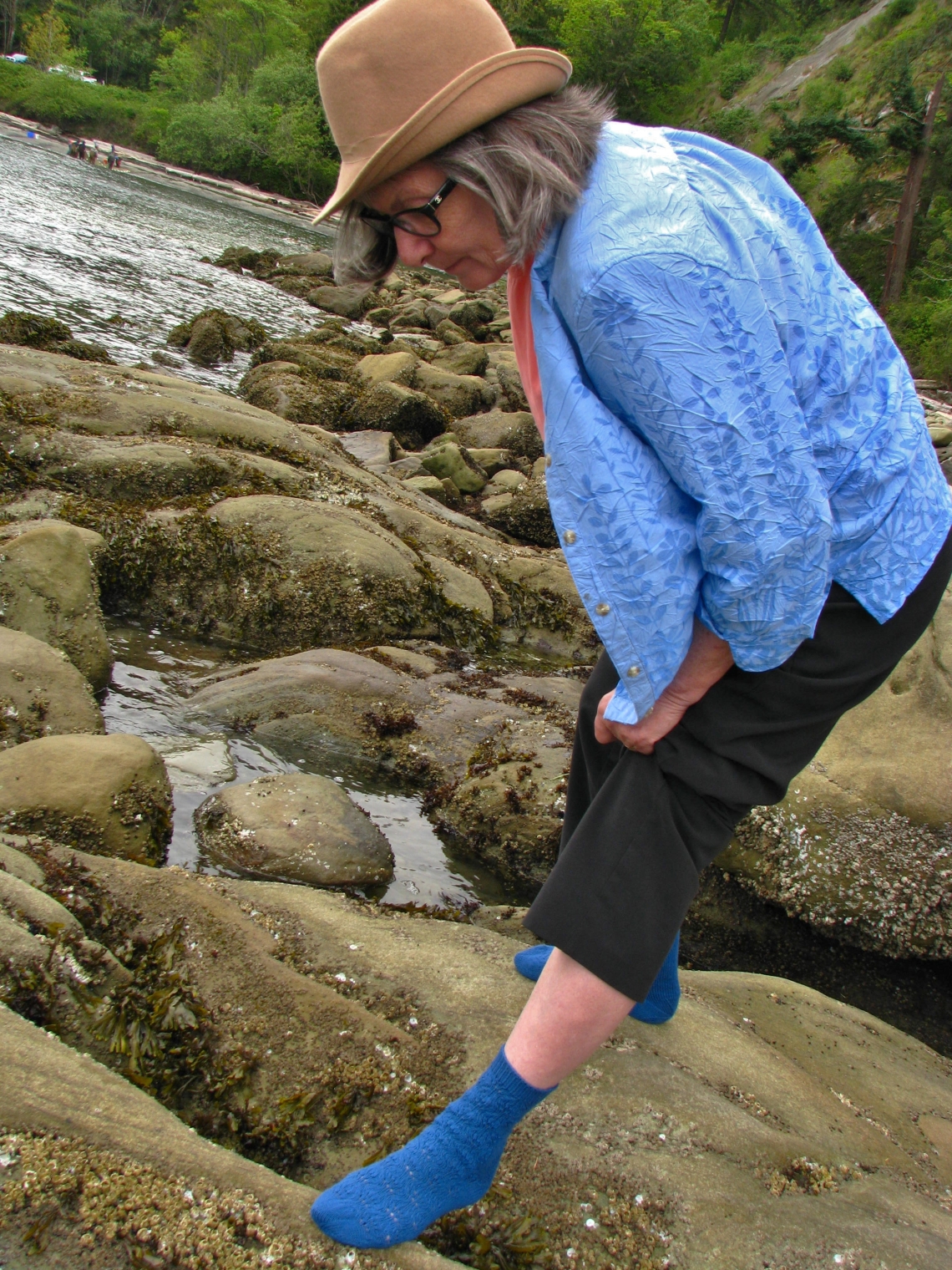 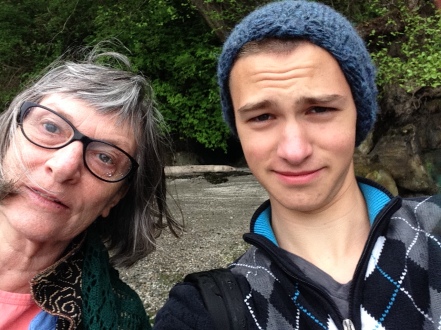 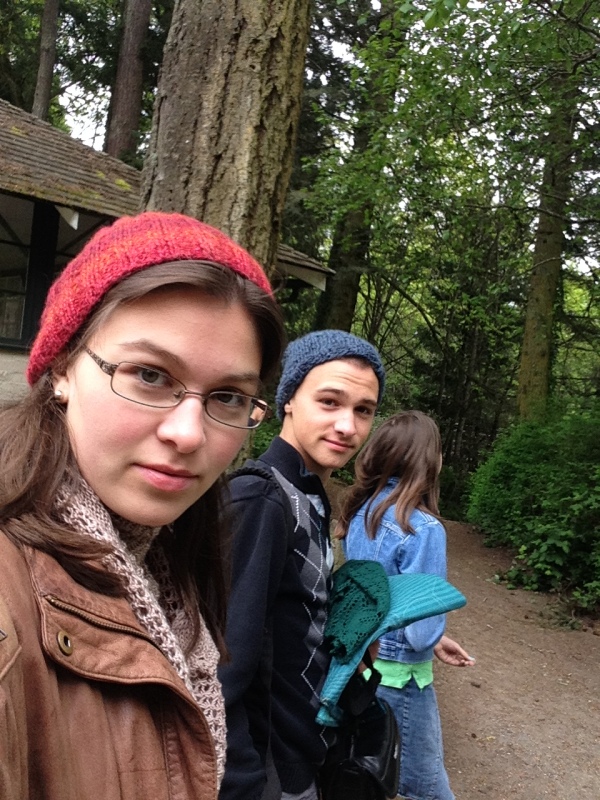 (It is also funny to see just how much my style has changed in a year, both in photography and fashion. Makes me wonder what I’ll look back and think at this time next year.)

I hope that you enjoy this pattern; it has been a good little journey since its genesis a short year ago.

View all posts by mrjosiahbain

What do you think? Your comments are appreciated. Cancel reply